So I waited two days and now the roots are way too compacted. It won’t hurt them too much but they do droop for a few hours after transplanting. Get your tools around and you are ready to start. I need a: transplanting fork, mixed dirt, four-unit pony packs, a tray to set them in, tags to label, and a sharpie pen. Are you ready? Ok, let’s get started.

First I flood-water the tray of seedlings with extra water to promote a looser root system for easily lifting the seedling out of the tray. Hold the ‘neck’ of the plant gently between your thumb and fore finger, giving a little tug as you gently loosen the roots with your fork. Be careful or you can snap the plant in half. 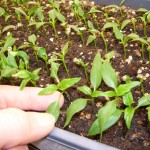 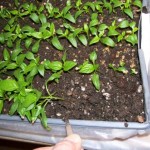 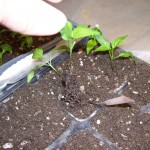 Lift the seedling, shake the roots to get rid of some excess soil and hold directly over the 4 pony pack, dig a large hole in one cell and let the roots down into it packing the soil against the roots with your fork. 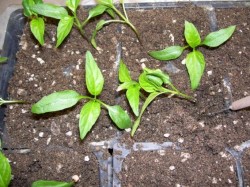 Continue in this manner until you have the whole tray filled. The seedlings may look a little stressed, don’t worry you will set the tray on the cool table under a florescent light to get settled in.  In a few hours they will perk up and will look wonderful by tomorrow.

Now one of the most important steps is next. Have you ever bought a vegetable bedding plant from the nursery or your favorite super-store and it didn’t turn out to be the kind of pepper or tomato plant that you thought it would be? Like the year my friend bought several pony packs of early girl tomatoes…when they started producing tomatoes months later they were all Cherry Tomatoes. The problem was not with your favorite store but right here in the nursery because the tag was not immediately put in the pony pack. You can buy special tags for this but I just use old blinds (another re-purposed item). Pick them up at yard sales, cut the blind the length that you want and with a permanent marker write the name of the seedling on one end. I like to cut a point on the other end to allow it to slip into the soil easier. Slip the tags into EVERY cell pack and you’re all set. 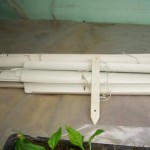 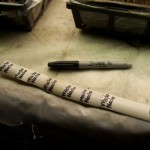 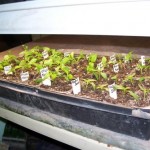 We move the labeled tray to its new home under the florescent light and water in the bottom of the plastic lined tray, not in the cell packs themselves. Only enough water to fill about ¼″ of the bottom, we don’t want to waterlog the babies. There you are, they will be happy for about 3 to 4 weeks until you can get them out into the greenhouse to harden off. Happy Transplanting! 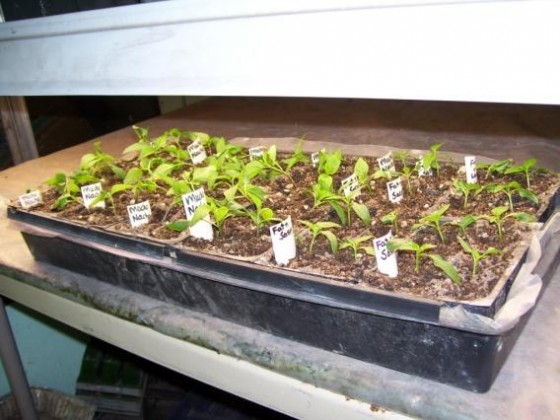 One Response to Transplant those Seedlings NOW!